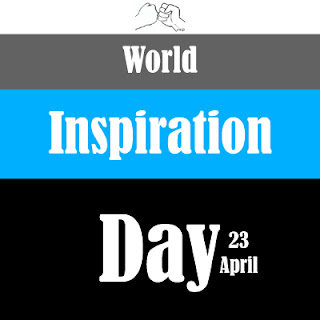 There was a dream I once dreamt to celebrate World Inspiration Day every single year. The date was decided to be April 23rd owing to the conception of IU on the same date. Every birthday of IU was celebrated as a day to inspire. But this year on, we are glad to let the world know that we are officially celebrating this day as THE WORLD INSPIRATION DAY, which just leaves me to tears. I know this would never stop from here on in, and create a more inspired world year after year.

The support from Global Organizations has been huge and promising for me to believe even stronger in the vision of an inspired world!

I wish to see you all join us in this chase towards creating a more inspired world where people wake up to a positive morning each time they go to bed, to create a world where classrooms are full of people with zeal and not of people who are bored to the core, companies have people who are bubbling with innovations and ideas that make this world a better place and not those who reach there to make ends meet, where canteens have gossips around solving issues of society and not gossips of how they could create issues for others, where politics is full of leaders who wish to serve and not think of how much they deserve, where common man is not disgusted and has not given up because he is tired, instead he smiles and attempts to make happen things because he is inspired!!! WELCOME TO INSPIRATION UNLIMITED (IU).

#WID is just a statement to all those negative people out there in the world, that we just need a year a day to ward off their influence in our lives!!!

I thank Chris Arnold, the Founder of Your Big Year and World Merit* for sharing these words of wisdom. I also appreciate his generosity and kindness in acknowledging my Visions and visions of IU.

Today, Inspiration is not that difficult to find. Social Media makes great quotes extremely accessible, almost to a point beyond saturation.  The oratory and poetry of great historical figures is being somewhat undermined by the sheer quantity of ‘wise words’ online.

However, though sharing a platform with the common words of ‘Anonymous’ may dent the ego of past poets and political leaders, I say this ‘inspiration clutter’ is a great thing. It has created a modern day peer pressure to be a source or conduit for inspiration. As Anonymous or perhaps a famous poet first said, there is a pressure now to do well but also to do good.

Users of Social Media have already and irreversibly made a commitment to check or judge the actions and values of politicians and corporations. Though that is not always going to be fair in the unfiltered world of places like Facebook or Twitter, the consequence is that all emerging leaders know that they have to be people of value and values. The best of the upcoming generation know that it makes strategic sense to be collaborative, emotionally aware, culturally aware, ‘social’ entrepreneurs.

In the past, because the chance of being ‘found out’ was much lower, leaders were ‘safe’ if standards occasionally dropped lower than the electorate or customer would want. There were only so many news reporters to go around. Compare this to the speed and distance both news and innuendo can travel today. As David Jones, CEO of HAVAS Worldwide and Founder of One Young World says, "People are now empowered by social media to hold business and leaders accountable. So, if you behave in the wrong way – whether you are the head of an Arab Spring country or News International – then people can sanction you. That has taken corporate social responsibility out of the silo and put it in the P&L statement. Business cannot avoid this.” 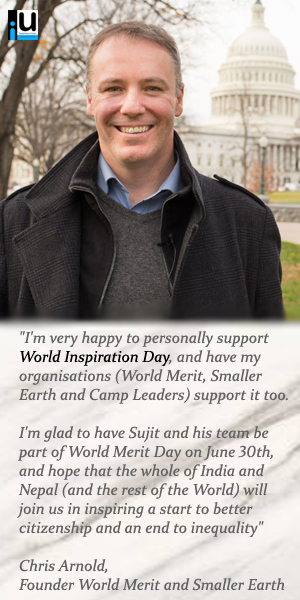 In my opinion the remarkable effect of Social Media is not the access to information or communication it has provided, but rather the positive change in culture it is inexorably making. Twenty year olds have always been vaunted as idealists and activists, but today I believe it is increasingly more so. The tools are there to collaborate across borders and the desire to be seen to take action and have positive momentum is something for society to harness.

There is Merit Online. That is a useful pun for me as my organization is called World Merit and we have our own online social community, however, I mean it in a more encompassing way. The upcoming generation is grouping together in ways that will absolutely change the world. Yes! There are huge number of superficial online communities, but just look at how many powerful groups are being formed, for example, www.worldmerit.org, www.oneyoungworld.com, www.dosomething.org. This multi –tasking generation is comfortable with being bombarded with messages that naturally splits its focus. In the same minute it will think about football and famine, pop and poverty, and these groups sit unapologetically next to each other on Facebook and in their consciousness.

So here is my main point. Quotes are unlimited, messaging is unlimited, but because of the actions that the upcoming generations will take and the way that content is easily shared, inspiration is also unlimited.

This has been recognized by my friend, Sujit Lalwani, who happened to be a finalist in the www.yourbigyear.com competition that I started a few years back. In YBY2 Sujit beat over 60,000 people from almost every country in the world to become a finalist. He had already recognized the power of his actions on peers and had set up the Inspiration Unlimited initiative, and has now authored his first book with the title ‘Life Simplified!’. Sujit is in his mid twenties and is one of the most motivating emerging leaders I’ve met. The incredible thing is that the ‘Your Big Year’ competition revealed to me the positive power and positive mentality of such a huge proportion of youth. They will not allow the cynicism of the older generations to infect them, but unlike in the past, this is not because of naivety.

They know the problems that face humanity and the planet. They understand the need for change more acutely than ever before. They also know that their approach will be unrecognizably different, more collaborative, and more open, than ever. They are aware of the risks of being subverted or made immobile by sheer weight of input and death by committee, but in the transition of leadership styles, to theirs, they know that they hold the seeds of previously unimagined potential.

Sujit from India, Charles from Uganda, Barbra from the US, Linh from Australia, Sarah from the UK, each one of them knows their responsibilities to make the world a better place. I for one, for the sake of my two children and because it is so much fun, will do everything I can to help them.

Join the Merit community of global citizens and emerging leaders at www.worldmerit.org. Also try and become the voice of the upcoming generation by winning our Ambassadorial world trip at www.yourbigyear.com. If you are in a position of influence please try and support both initiatives and contact me directly. If you are old, and I mean in the definition I laid out earlier (not being literate in the new world’s communication methods) then you are unlikely to have read this note, but if you have, either modernize, or get out of the way of Sujit et al.