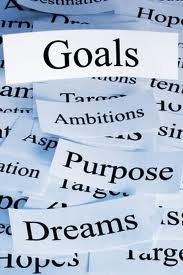 Just when you start following your dreams, you will often be confused and distracted on the journey by very many things, which you will feel will be more attractive than your original dream or you will be thrown to Square one again and again by the umpteen no of failures that will meet you on the way.

At every step you will be offered with options to choose from, you will be showered with advises from people around you or you will be triggered to change your path(either because people envy you being focused on your dream, or because they feel you are on the wrong path) or you will encounter options by virtue of the property of life to offer options at every stage of life, to confuse us.

Just remember those who made their dreams happen were those who stayed focused on their dream/vision no matter what, until it happened and materialized ignoring or putting up with the obstacles that people around them set up for them.

Take the example of Abraham Lincoln who fought to eliminate racism from America or think of Mahatma Gandhi who fought for the freedom of a billion Indians or think of Thomas Alva Edison who invented bulb, these people ensured they just believed in their vision/dream as though it had already happened and they were only waiting for the final product to come into existence as their imagination had repeatedly shown it to them.

The rejections, failures, resistance, set-backs, lack of resources, discouraging factors all go on to become the elements of taste to the final recipe of success, they add to the galore of the final triumph of your belief over all the factors that once looked convincing enough to result in otherwise.

By the time you read these lines you were already visualizing a few dreams on your mind, a few visions were taking visual form on your mind, they are things you really want to work for. It's time you jot them down, wipe away the dust from them and set an action plan for them and set out on a journey to make them happen. 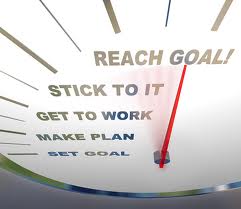 You can always come back to this page later to ensure you re-orient and remind yourself about this again and again till your dreams are a reality. But for now there is just one thing I want you to know and that is START: http://sujitlalwani.blogspot.in/2011/10/start.html

There is an element of uncertainty to everything you do. What makes life exciting and unpredictable is this factor. Every time you plan something, and you know where you are heading, life takes it's stand to let you know, what you do not know by showing you a part of the journey that you could have never anticipated on your plan.

The faster you convert that uncertainty to knowledge, experience and lesson of life, is how quickly pages of life start getting filled and it's the largest volumes written with deep content that become the best sellers after the books are finished. Basically, before you leave the world, you must understand deep and clear that the only way you will survive in this world after you are gone, is through your LIFE BOOK you compile, through your LIFE STORY. If it is worth sharing, it will get shared, but if it ain't your coming and going out will be like a pedestrian on the busiest roads of the world, totally unnoticed and highly lost in the crowd.

It's those that write loads in their LIFE BOOK and make it exciting on every single page, have something worth to pass it on to the next generation of readers. Uncertainty is the spice of life, and the thrill of this brilliant book. When all that you do ends up as failure, your LIFE BOOK can still be a best seller and that's the secret of having lived a life, which doesn't die after you are gone and doesn't fade in events of failure while you lived.

Each of us have a chance to correct ourselves and rectify ourselves, grow and make a mark through every act of ours, while some of us choose to exercise the power given to us to write our LIFE BOOK, the rest of us are too lazy to pick up the pen and write this much, just like the many exams in schools/colleges we wrote. A short book too can be powerful and worth sharing as long as it's got the element of twists, is spicy and has the taste that can leave your mouth watering for more.

While Anne Frank is an example of one a short story, you could also be Mother theresa, Mahatma Gandhi, Nelson Mandela, Albert Einstein, Isaac Newton, Hitler or for that matter Sachin, Michael Jackson or Tom Cruise. Your story is yours write and no other person can ever write your book. They can be a part of a few pages of your book while they are writing their own, but never write your complete book.

So time to look back into your life and re-read all that you have written and introspect if your STORY is worth sharing, if your dish is tasty enough to make someone drool for more, if your LIFE is a message strong enough to be forwarded to generations to come. If yes, make it deeper and stronger, If no, you still have time. I truly thank you, for spending your time reading this blog and making this little time a part of one your pages of your LIFE BOOK. While I hope this simplifies your life LIFE SIMPLIFIED! also will.