Genuineness May Not Get Repaid Well; Still Be Genuine!!!

Just because you think you are genuine and you think you are doing enough for the world and hence the world is going to sweetly unfold it’s feather like arms to you to give you a warm hug, May be I am the best person to let you know that it’s one of the slightly less modest fantasies of your wonderland and worth an awesome positive short story script.

Trust me friends, having travelled a no of places, having engaged a no of negotiation meetings, having met a lot of people, having committed and delivered a lot of things, having done some business this far this has been of such a common notice to me, personal experiences and experiences of people whom I have met, that there are enough no of people sitting out there, to cheat you, stab you, eat you up, take your services without a whisker size thought of paying you for them. 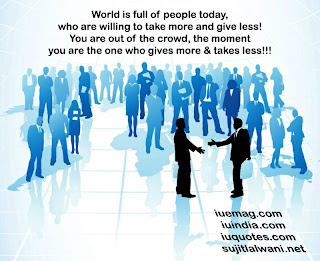 It’ s too often that I used to wonder when I was a child, like most of you did, I presume, that why do people not love each other, why do they not trust each other, why does negative have to rule the positive or rule over the positive, the answer is pretty clear and vivid today, In the miniature level where I play today, the numbers are small, the size is minute, but I have learnt from this universe, the model has to be understood and extrapolated to size desired.

The WCS rule of HAPPINESS. It’s for sure, that things will be hit at times, at times you will be delivered less than what you are promised, people will steal away your pie, ruthlessly deny your deserved share, hence it’s best to stand tall and live life in the WCS expectation. Work and believe in the BCS but plan according to the WCS.

One shall never have to stop or pause in such a scenario. People who stab you or deceive you, think that if they did this to you, it would mean a huge loss to you and you would come back to them to grow yourself, if not them, you cannot stand tall, prove them wrong, teach them the lesson of love, GIVE THEM LOVE in return for the STABBING they just served you. Their life will sink in embarrassment, and if they are human deep down, they will silently learn this chapter from you – sooner or later. They shall remember you forever for what you have been.

My conclusion is: Friends – GOD never promised GOD-like people around us. One in millions is lucky to have a few around him or even one who is truly and totally genuine. The one who is genuine rewards his men more than what they deserve, who helps them grow beyond himself, who helps them climb the ladder and takes them from where they could have been to where they never could have imagined to be.

GAME OF LIFE: Hit across a millions to find a few GEMs – Genuinely Exquisite Mature Supporters.
Posted by Sujit Lalwani at 1:34 AM 3 comments:

Hello from Sujit Lalwani to all the Readers! 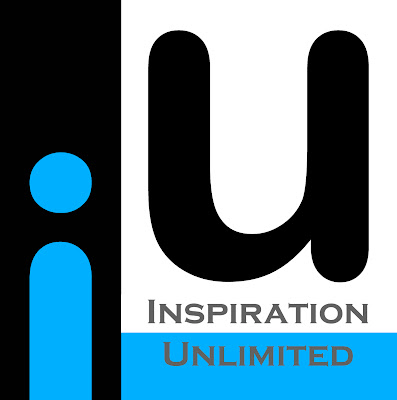 Hello to all the readers!

It's your encouragement that makes us get better and better. We are giving our best to develop IU resource as a source of inspiration for the world. The vision is about 25 months old now & has reached millions of people around the globe already, impacting many lives.

We believe that inspiration is a must in lives, for, it's the inspired souls that perspire. Definitely it's true that it is 1% inspiration & 99% perspiration, but without that 1% that 99% doesn't happen. So it's our effort to help a better world happen by keeping the foundation 1% rammed well, while you are busy in your days completing your 99%. We would be glad to know and look back at our lives if we can see that we were largely responsible for that 1% quota for billions of people around the globe.

It would be a dream come true to know that people talk about us saying "If it is about inspiration rely on IU Products!". The following is our work towards the same:

1. The talks that our speakers take in various parts of the world. (www.iuindia.com)
2. The videos of the talks on the internet to help the inspiration reach masses.
3. IU eMagazine - The out of the world effort which inspires people from all walks of life.(www.iuemag.com). (The articles are now on the site for you to share and read, while the full issue contains a lot more than just the articles.)
4. www.iuquotes.com - The fantastic site for inspiring quotes. The best in it's design & utility.
5. Facebook pages: www.facebook.com/iuindia | www.facebook.com/iuemag | www.facebook.com/iuquotes
6. Twitter feed: www.twitter.com/iuworldwide | www.twitter.com/iuemagofficial
7. Youtube channel: www.youtube.com/iuindiaonline.
8. Blogs: www.iuindia.blogspot.com | www.iuemag.blogspot.com

Our initiatives that have impacted the world globally which are open for you all to follow and be a part of are as follows: 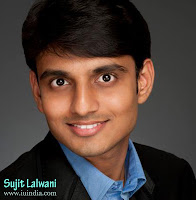 We would be glad to welcome you on board this big vision of ours to inspire the world and keep
it ignited while it is busy making this world a better place. We would be glad if we could just keep that 1% of billions of people intact while they are busy making their 99% happen and happening!

Listed in: http://www.moscowspeakers.ru/eng/speakers
Posted by Sujit Lalwani at 1:01 PM 1 comment: